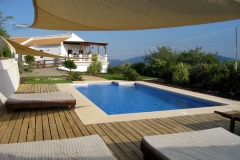 This is a small town in the hills of Costa del Sol where we stayed for a very brief time. We rented the house but a trucker’s strike meant that food shelves started going bare at the local grocery store and there was concerns about no gas being available. We left ;( 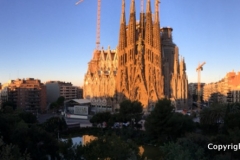 This is the city that must be top on your list for a Spain itinerary. As part of Catalonia it is traditionally “not Spanish” as the locals will tell you but the food, architecture, art and sights are incredible. 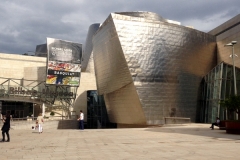 Bilbao is a larger city in the Basque region with the main draw being the Guggenheim museum. It is a good city with plenty of transit options so it is a good place to arrive but ultimately we found San Sebastian to be more interesting. 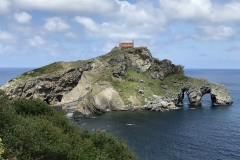 Yeah, say that ten times fast. Quite a drive from San Sebastian but worth the trip. This is an abbey built out on a rock in the ocean with a long set of stairs that you must pass in order to reach it. Apparently was used in “Game of Thrones.” 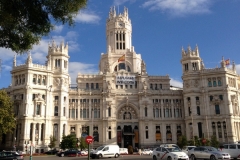 Madrid is the bustling capital of Spain. It is the most “traditionally Spanish” city because of this but it also has the feel of a large city. Ultimately we liked Madrid with all that there is to do, but as we are not museum people and prefer smaller, more manageable cities, this we just OK. Worth the trip but I would spend more time in other places. 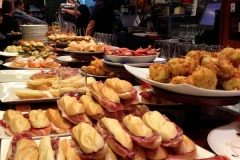 If I could choose only one place to eat in Spain, this would be it. The pintxos are incredible, probably the most fun that I ever had eating in my life. The people are proudly Basque and very nice to tourists. We were sad that we did not spend more of our visit here.

We spent a good week here with a beautiful apartment that was located right next to the Alcazar. Seville is the perfect-sized city – large enough to have a lot to do but still small enough that it was easy to get around on bike or on foot. Great food as well, but more classically Spanish. 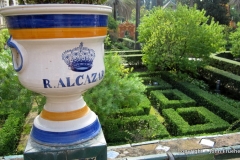 There was so much to see here that we actually created a separate album just to cover this palace.